No one knew it was going to happen.

T’was around eight in the evening when a security guard heard a big bang at the entrance-exit of the parking lot of one of the biggest malls in Davao City.  He was at the ground floor at the time.  So, he tried to find out what the noise was all about.  He was shocked to see a bloodied man, wearing a white polo shirt and black cargo pants, lying face down.

The victim was later identified as Nestor, who was only 26 years old.  Did he fall from the fourth level parking of the mall accidentally or did he commit suicide? The answer to the question was found in his Facebook account; he posted in his wall that he was planning to do it.

“I decided to go not because of the mistake I did now,” he wrote.  “I had planned this before, if I had done it before I would have done other mistakes that would hurt the feelings of others.”

A lady friend commented that he should not to do something drastic, he replied: “This is not wrong, sister, this is really my decision.”

Then, there was the case of Emylou Malate, a 21-year-old grade school teacher of Bagacay West Primary School in La Paz, Leyte.  She reportedly committed suicide by hanging herself.

Every 40 seconds, someone loses their life to suicide, the Geneva-based World Health Organization (WHO) states.  In fact, close to 800,000 people die each year due to suicide. “For every suicide, there are many more people who attempt suicide every year,” it deplores.

An earlier WHO report said the Philippines has suicide rates (per 100,000) of 2.5 for men and 1.7 for women.  This fact may be appalling for Filipinos but the numbers are way too small compared to those in Western countries.

As a matter of fact, the Philippines has one of the world’s lowest suicide rates.  In 2000, the Philippine Health Statistics report from the Department of Health (DOH) showed only 1.8 per 100,000 people to have inflicted harm on themselves.  In comparison, European countries had the highest figures which ranged from 30 to 42 per 100,000.

Let’s take a closer look at the study conducted by Maria Theresa Redaniel, May Antonnette Lebanan-Dalida, and David Gunnell, authors of “Suicide in the Philippines: time trend analysis (1974-2005) and literature review.”

In their study, the researchers found out that incidence of suicide in the Philippines among males increased from 0.23 to 3.59 per 100,000 between 1984 and 2005. Similarly, rates rose from 0.12 to 1.09 per 100,000 in females. Among females, suicide rates were highest among the age bracket of 15- to 24-year-olds; while in males, rates were similar in all age groups throughout the study period.

While suicide rates are low in the country, there is an increase of suicide incidence among adolescents and young adults.  Citing a report from the National Poison Management and Control Center (NPMCC) of the Philippine General Hospital, Senator Joel Villanueva pointed out during a Senate hearing some years back that 46% of the total suicide cases recorded since 2010 were from the young people.

Dr. Dinah Nadera, a psychologist of the University of the Philippines’ Open University told the Philippine Daily Inquirer that studies made on 300 cases from hospitals and police reports in 2008 and 2009, suicides happened between 8:01 in the morning and noon on weekdays, “when other people were not around in their homes.”  Least suicides occurred between 12:01 and 4 a.m.

There may be more Filipinos who commit suicide than what is being recorded.  “Certainly, the actual rate in the Philippines is probably higher, with many doctors agreeing not to report deaths as suicides because of the stigma. But even if we could get the true figure, it would probably still be relatively low,” Dr. Michael Tan wrote in his Philippine Daily Inquirer column.

On stigma, the United Nations health agency explains: “Stigma, particularly surrounding mental disorders and suicide, means many people thinking of taking their own life or who have attempted suicide are not seeking help and are therefore not getting the help they need.  The prevention of suicide has not been adequately addressed due to a lack of awareness of suicide as a major public health problem and the taboo in many societies to openly discuss it.”

It was until in 2014 that the WHO published Preventing Suicide: A Global Imperative, its first report on suicide as a public health issue.  “Suicide is a tragic global public health problem,” it says.  “Worldwide, more people die from suicide than from all homicides and wars combined.”

These days, suicide is considered a serious public health problem.  “While the link between suicide and mental disorders (in particular, depression and alcohol use disorders) is well-established in industrialized countries, many suicides happen impulsively in moments of breakdown in the ability to deal with life stresses, such as financial problems, relationship break-up or chronic pain and illness,” the WHO explains.

Those experiencing conflict, disaster, violence, abuse, or loss and a sense of isolation are also strongly associated with suicidal behavior, the WHO adds.

Suicide rates are likewise high amongst vulnerable groups who experience discrimination, such as refugees and migrants; indigenous peoples; lesbian, gay, bisexual, transgender, intersex (LBGTI) persons; and prisoners.  “By far, the strongest risk factor for suicide is a previous suicide attempt,” the WHO says.

Warning signs that someone may be seriously thinking about suicide include the following: threatening to kill oneself, saying things like “No one will miss me when I am gone,” and saying goodbye to close family members and friends, giving away of valued possessions, or writing a will.

Looking for ways to kill oneself is another sign.  This includes seeking access to pesticides, firearms or medication, or browsing the internet for means of taking one’s own life.

The choice of suicide method is often influenced by cultural factors and availability and may or may not reflect the seriousness of intent.  “The most common methods of suicide are hanging, pesticide self-poisoning, and firearms,” the WHO says.

In the Philippines, a study showed that the methods of committing suicide included shooting oneself, 40%; hanging, 30%; poisoning, 16.7%; and jumping from high places, 13.3%.  In 73% of the reported cases, suicide was committed in their own homes.

Bullying, early pregnancy and depression – not necessarily in that order – are some of the reasons why teenagers and even children resort to suicide.  Filipino children as young as 10 years old resort to suicide because of depression, according to Senator Villanueva.

Parents should not dismiss bullying as just part of growing up.  “Studies reveal that bullying can lead to depression,” wrote Dr. Jocelyn G. Gayares in an article which appeared in Health and Home.  “Many parents, however, believe children do not get depressed, more so, think of suicide.  After all, what could children be depressed about?  Instead, parents equate childhood and adolescence with fun and happiness, which is actually a misnomer.”

But deaths could be avoided if only the person who wants to end his or her life could have someone to lean on. “When a person is positive to having suicide thoughts and killing himself or herself, people around should take action by never leaving someone suicidal on their own and removing the means of suicide available to the person if it is safe to do so,” the WHO says.

“Suicide is preventable,” Dr. Ghebreyesus says.  “We call on all countries to incorporate proven suicide prevention strategies into national health and education programs in a sustainable way.”

Key interventions that have shown success in reducing suicides are restricting to means; educating the media on responsible reporting of suicide; implementing programs among young people to build life skills that enable them to cope with life stresses; and early identification, management and follow-up of people at risk of suicide.

“Suicide is a complex issue and therefore suicide prevention efforts require coordination and collaboration among multiple sectors of society, including the health sector and other sectors such as education, labor, agriculture, business, justice, law, defense, politics, and the media,” the WHO concludes. 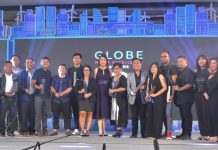 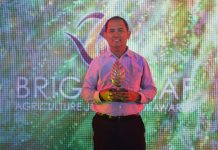