In the 12th Bright Leaf Agriculture Journalism Awards last year, I wasn’t able to attend the awarding ceremony since I was in the United States when it happened.  I was in Deltona, Florida when I received a text message inviting me to attend the ceremony.

So, I asked out EDGE Editor, Antonio M. Ajero, to attend in my behalf, which he did.  My feature, “The grass that feeds Filipinos,” was adjudged Agriculture Story of the Year.  It was my third award from the same award-giving body.

Last October, I received another text message if I can attend the awarding ceremony of the 13th Bright Leaf Agriculture Journalism Awards.  I immediately replied I would attend.  As in the previous winnings, I never knew which of my agricultural stories won the coveted award.

I was thinking of three features.  The first one was my story on Sustainable Agroforest Land Technology (SALT 3), a farming system developed by the Mindanao Baptist Rural Life Center (MBRLC) for a land area of two hectares.  One hectare is planted to agricultural crops while the other hectare is allotted to forestry.

Actually, it is a modification of the original Sloping Agricultural Land Technology (SALT 1), which earned its developer, American agriculturist Harold Ray Watson, the 1985 Ramon Magsaysay Award for peace and international understanding.  SALT 2 refers to Small Agro-Livestock Technology, where 12 does and 1 buck are raised together in half-a-hectare farm.

The second feature was Food Always In The Home (FAITH), a vegetable gardening system which is touted to be the “refrigerator in the farm.” In a 100-square-meter garden, a family of six members can be supplied with vegetables throughout the year.

The main component of the FAITH garden, which MBRLC also developed, are the basket and trench compost.  Instead of waiting the usual three months for the organic garbage to be transformed into as fertilizer, they can immediately be used by vegetables as they are planted just outside the basket or trench composts.

However, the third feature, “Coconut: Major Export of Filipino Farmers,” got me the award. I wrote the story because coconut industry supports the livelihood of over a third of the Filipino population.

The price of copra, the main export product, was going down.  Farmers were asking the government to raise the price but the government can’t do so as it is the world market that dictates the price.

Because of this, I tried to find ways how can the coconut farmers improved their standard of living.  With a compendium of coconut livelihood opportunities from the Department of Science and Technology (DOST), I found out that there are possible other exports that coconut farmers can engage with.

In the first part, I discussed the buko juice as it is a very popular drink in the United States.  The former agriculture secretary Emmanuel Piñol also promoted it during the Palarong Pambansa that was held in Davao City.

The second part highlighted coco sugar, which is good for diabetics.  Benjamin Lao, of barangay Eman in Bansalan, Davao del Sur, is one of the most successful farmers who adopted the technology of producing coco sugar.  In fact, he is now exporting the product to other countries.

The third part talked about the virgin coconut oil, which has been promoted as not just healthy but also can cure some diseases.  In fact, VCO can be used as adjuvant treatment for cancer, as reported by a press release circulated by Growth Publishing.

The last part was about coconut vinegar.  Vinegar became the talk of town when DOST scientists revealed that eight out of ten vinegar sold in the market used chemicals derived from petroleum-based sources.

The said series was chosen as Best Agriculture Feature Story under the regional category as it was published in a provincial newspaper, Edge Davao.  The winner of the Best Agriculture News Story (Regional) was Ofelia Empian for “Veggie Farmers Learn Ways to Mitigate Frost,” which appeared in Baguio Midland Courier.

Other winners were: Best Television Program or Segment to GMA Network’s “Drought in Numbers, Farmers Farming No More,” produced by Amielle Ordonez; Best Radio Program or Segment to Sheila Tubalinal of DZMM 630kHZ for her episode “”Sa Kabukiran,” and Best Online Story to Jessica Bartolome and Donabel Magsino for their feature, “A Very Long Summer,” which appeared in GMA News Online.

There were two recipients of the Oriental Leaf Award: Ian Ocampo Flora of SunStar Pampanga and Karren M. Verona of “Agri Tayo Dito” of ABS-CBN Davao.  All two received the awards five times each.

The secretariat reportedly received 800 entries, of which 500 made it to the finals.  The panel of judges who selected the winners were: Dr. Isabelita Orlina Reyes, Francis Abraham, J. Albert Gamboa, Ralph Semino Galan, Edwin Sallan, Gabriel Fernandez, Rina Jimenez-David, Sev Sarmenta, Rem Zamora, and Jake Maderazo.  Award-winning writer Alfred “Krip”Yuson served as the Chairman of the Board of Judges.

In his speech, Yuson considered agriculture as “the backbone of our nation’s industry.” Addressing the winners, he said: “Your stories highlight the importance of scientific thinking and research in making sure that our farms and fisheries are able to withstand and survive during the harshest of weathers.  Your showcase the resilience and survival instincts of the men and women who perform the work necessary to keep the agriculture alive.”

Gracing the awarding ceremony was Denis Gorkun, president of the PMFTC, Inc., who delivered a thought-provoking speech focusing on “the importance of change and the media’s valuable contribution in raising awareness about the agricultural industry in the Philippines.”

He also talked about the PMFTC’s transformation as it aligns with the company’s bold vision to design a smoke-free future.

“Around the world, we are building our future on smoke-free products that eliminate combustion, the primary cause of smoking-related health problems,” Gorkun said in his speech.  “Trough multidisciplinary capabilities in agronomy, science and technology, we aim to ensure that our smoke-free products meet adult consumer preferences and rigorous regulatory requirements.” 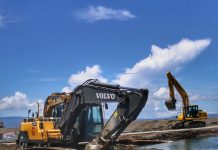 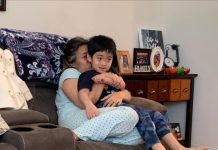 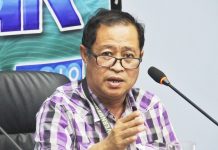