The Department of Tourism (DoT) has lauded Damosa Land Inc. (DLI) for its newly-launched agri-focused development Agriya in Panabo City, Davao Del Norte, which is envisioned to be the first of its kind in Asia.

DOT Secretary Bernadette Romulo-Puyat, who was the guest speaker during the launch, commended DLI for highlighting the merits and importance of agriculture for a great number of people right in the community where they live and work.

Poised to become the next prime agri-tourism address, Agriya offers a rare opportunity for investors to own a piece of the country’s food basket. The agropolis is composed of a nine-hectare residential, 24-hectare commercial, nine-hectare agri tourism space, and another nine-hectare institutional component, occupying 40-hectare of the property for its first phase.

Agriya is DLI’s latest township offering which aims to strengthen the region’s tourism growth. It exudes a unique design and masterplan, highlighting its various amenities and agro-tourism features. Championing sustainability through urban farming, the township has in-house agriculturalists that aim to educate its residents on backyard farming and showcase the region’s wealth in products such as banana, high-value crops, and aquaculture.

“Banana farming, as we were going around, we looked at 67 varieties of bananas, which I, myself, didn’t know existed. And then yung isa walang puso. Yun ang hindi ko rin alam. Yung isa malaki ang puso. And I’m so happy also that this will be the future home of, this year, University of the Philippines Professional School for Agriculture and Environment. I also taught for 14 years in the UP School of Economics. So parang this is like a culmination, it’s like full circle. I taught 14 years Economics at the UP School of Economics, I was in the DA for 12 years, now I’m [in the] Tourism. It’s like I’m home,” Puyat said.

Agriya is set to have the country’s premiere agricultural institution, the University of the Philippines – Professional School for Agriculture and Environment (UP-PSAE). Around 31,900 sqm. of land area is donated by DLI to the university to be constructed within the property, offering agricultural courses to potential students and granting them lucrative professions in the future.

Developed with focus on agriculture, Agriya’s theme park “Naturetainment” offers tourists a real and first hand take on agriculture, stimulating a sense of adventure and ingraining to children its importance.With 177 detached houses, working crop and aquaculture farms, and a theme park, DLI aims to boost Davao’s growing tourism and establish Panabo City’s agricultural wealth, fostering a culture of residents and tourists thriving in agriculture.
“The DOT has actively campaigned for the promotion and propagation of farm tourism all over the Philippines. We further strengthened the IRR of the Farm Tourism Act which we achieved. We have a new IRR, we have dialogue with farm tourism stakeholders, DOT and its regional offices, regional farm tourism associations, Department of Agriculture, Department of Trade and other relevant organizations,” she said.

Puyat also mentioned that as of December 2019, the DOT has accredited 203 farm tourism sites and counting. I think, when I entered, there was only 20.
“If you’ve eaten today, please thank a farmer. So I’m very happy Cary (Lagdameo) decided to make this a farm tourism project. Mindanao, and especially Davao Region, is an agriculture province. When I entered the Department of Agriculture, the GDP was I think 13%. Now I think it’s just 9% but Tourism is 12.7%,” she said.

DLI first vice president Ricardo “Cary” Floirendo-Lagdameo said Agriya is the first mixed-use property development for Damosa Land that boasts Davao’s richness in agriculture. Since the project is anchored on tourism, he said it also aims to strengthen DLI’s position as a developer that innovates the real estate sector through heritage and technology, and enhancing the lives of the community.

DLI also hopes to retain talents in Mindanao with the upcoming institution as this will be a good opportunity for students to thrive in agriculture sector. 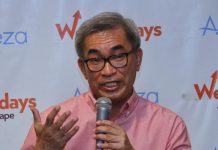 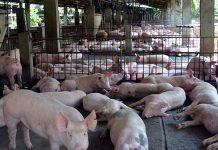