While expressing his full support to the reinstatement of death penalty, which is included in the legislative agenda laid out by President Rodrigo R. Duterte in his fourth State of the Nation Address (SONA), Philippine National Police (PNP) chief Gen. Oscar Albayalde on Thursday said he prefers lethal injection for illegal drug traffickers.

Albayalde’s preference is different from that of retired PNP chief and Senator-elect Ronald dela Rosa, who is also pushing for the reinstatement of death penalty for drug traffickers.

Albayalde said death penalty should be meted on criminals involved in terrorism, big time drug trafficking and other heinous crimes related to the use of illegal drugs, such as the rape of minors.

“That depends on what the law will say. We are civilized people here so probably lethal injection would suffice,” he said in a TV interview.

He clarified that terrorists who will be found guilty of being directly involved in bloody attacks that claimed lives, as well as their financiers, should be punished with death penalty.

“I firmly believe that the deterrent effect of the certainty of punishment will be a game changer in our continuing campaign against illegal drugs, heinous crimes and corruption, particularly against drug traffickers, smugglers and peddlers of illegal drugs,” Albayalde said.

Both Dela Rosa and Albayalde said death penalty is a “good deterrent” against crimes.

Dela Rosa said the method of death penalty, which he wants to be made public, is a good deterrent against drug trafficking.

“If you want, we can have it through firing squad in a plaza covered live by media so that the people will be reminded not to be lured into this activity,” he said in Filipino.

The former PNP chief, however, clarified that only big-time drug traffickers should be punished with death penalty.

“Not for all crimes. As I have said, small-time drug peddlers, pushers or users won’t be included. My version of death penalty is for drug trafficking, those who flood the country with illegal drugs. There should be a ceiling. For example, if you are caught in possession of at least 1 kilo of shabu, you are classified as drug trafficker. It can be like that,” dela Rosa explained.

Albayalde stressed what is important is that those who will be convicted are really guilty.

The PNP’s part is only to make sure that airtight cases are filed against erring individuals as their conviction is for the courts to decide, he said.

In his speech, the President noted that after three years since he took office, the problem on illegal drugs and corruption continued to persist despite the administration’s moral recovery initiatives.

He stressed that illegal drugs will not be crushed unless government continues to “eliminate corruption that allows this social monster to survive.” “I respectfully request Congress to reinstate the death penalty for heinous crimes related to drugs, as well as plunder,” Duterte said. 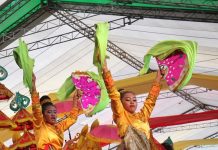