SKY Cable Corporation-Davao is eyeing a 30 percent growth in sales in the coming months by offering lower prices of internet plans, company executives said on Monday.

During the launch of Sky’s latest products SKY Fiber Super Speed Plans and SKY Fiber All-in Box at the Marco Polo Davao, Alan Supnet, SKY broadband products head, disclosed that SKY’s current market is growing around 15 percent and they want target a 20 percent to 30 percent in the coming months. Jerico Marcos, SKY Davao general manager, added that currently they have around 30,000 subscribers and the numbers continue to grow every month.

“We are fortunate enough to experience growth in the past few months. Our target growth is about 20 percent to 30 percent in the coming months. The market is growing it is something like 15 percent,” Supnet said.

With the latest products, SKY is targeting to address the battle between price and speed.

“Oftentimes you get a plan that is fast but pricey. Oftentimes we will be able to get affordable plans but the problem is it is slow and unreliable. Starting September 1 last Sunday we started to eliminate this with the launch of Super Speed Plans,” Supnet said.

SKY Fiber’s Super Speed Plans start with its most affordable unlimited fiber internet offer, the Plan 5mbps that is available at only P999 a month. It’s new Plan 25 mbps is its best value plan priced at only P1,499 a month while it’s Plan 50 mbps at P1,999 a month.

Subscribers can also bundle their Super Speed Plan with the new SKY Fiber All-in Box, which is considered the first of its kind in the country as the device combines the power of a WiFi-enabled modem, digital terrestrial TV and cable TV modem.

The All-in Box promises users a hassle-free of maintaining three different devices for their broadband, cable TV, and digital terrestrial TV services. It also allows users to enjoy unlimited, fiber-fast internet, speeds of up to 50 mbps and watch television and online shows.

Supnet said they will be banking on their low price of Plans to attract the market.

“The first thing is compare the pricing. A while ago I was able to show in terms of pricing as much as P900  a month compared to competitors. Compare also the speed. Another is our capability to bundle our content as we were able to bundle the likes of iWant, ABS CBN TV plus channels that our competitor won’t be able to do. Another is our customers touch points. Customers pag pumalya Yung service medyo mahirapan tayo silang kon takin, we are happy to say on the national scale especially in Davao we have a lot  customer’s touch points, ” Supnet said.

“Internet now is being considered a right. Every Filipino is expecred to have an equal access to the internet that is basically narrowing down the digital divide. By offering these new plans, we are giving you to do more things at faster times,” Marcos said. 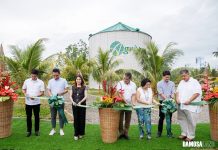 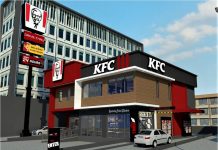 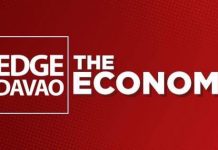